In the context of caregiving, neglect is a form of abuse where the perpetrator, who is responsible for caring for someone who is unable to care for themselves, fails to do so. It can be a result of carelessness, indifference, or unwillingness and abuse.

Neglect can carry on in a child's life falling into many long-term side effects, including physical injuries, developmental trauma disorder, low self-esteem, attention disorders, violent behavior, and death.

There are various types of child neglect:

Child neglect can also be described by degrees of severity and the responses considered warranted by communities and government agencies.

The causes of child neglect are complex and can be attributed to three different levels: an intrapersonal, an inter-personal/family, and a social/economic level. Although the causes of neglect are varied, studies suggest that, amongst other things, parental mental health problems, substance use, domestic violence, unemployment, and poverty are factors which increase the likelihood of neglect. Children that result from unintended pregnancies are more likely to suffer from abuse and neglect. They are also more likely to live in poverty. Neglectful families often experience a variety or a combination of adverse factors.

In terms of who is reported for neglectful behavior, it is most often women. Often parents who neglect their children are single parents or disabled mothers who already have to care for themselves, and therefore the child is an additional stress.

Early intervention programs and treatments in developed countries include individual counselling, family, group counselling and social support services, behavioural skills training programs to eliminate problematic behaviour and teach parents "appropriate" parenting behaviour. There are a variety of ways in which children can act in response to an experience of neglect. Some children attempt to talk about the neglect to their parents. In some cases the parents may respond aggressively or abusively to such attempts to resolve the issue. Some children steal money from their parents' purses in order to feed themselves. Babies are too young to ameliorate parental neglect, however in some cases siblings will step in and take care of them. 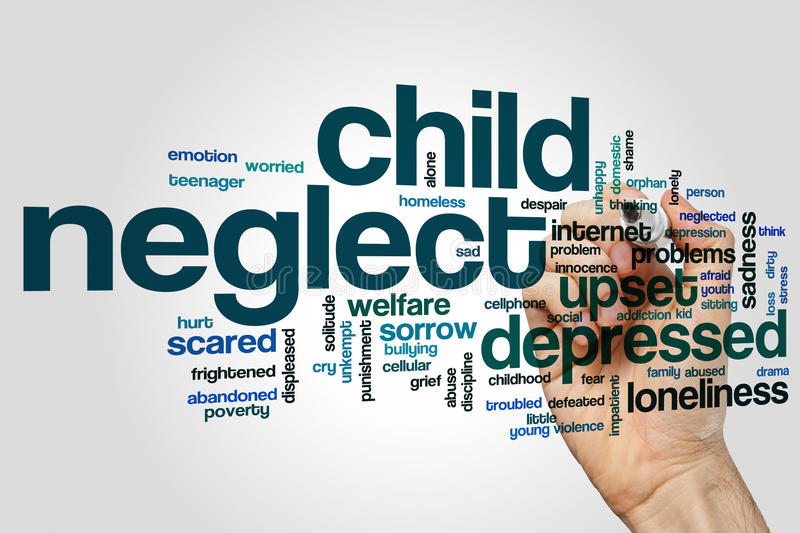