We refer to religious violence with the concept that covers all phenomena in which religion, in any of its forms, is the subject or object of violent behaviour1 and includes violence motivated by religious precepts, texts or doctrines, including violence motivated by the religious aspects of the target of the violence.
Religious violence tends to emphasise the symbolic aspect of the act and its actor may be individual or collective. Maurice Bloch highlights how religion and politics are two sides of the same coin.
Without going into religious preferences, we can analyse some violent aspects of different religions: 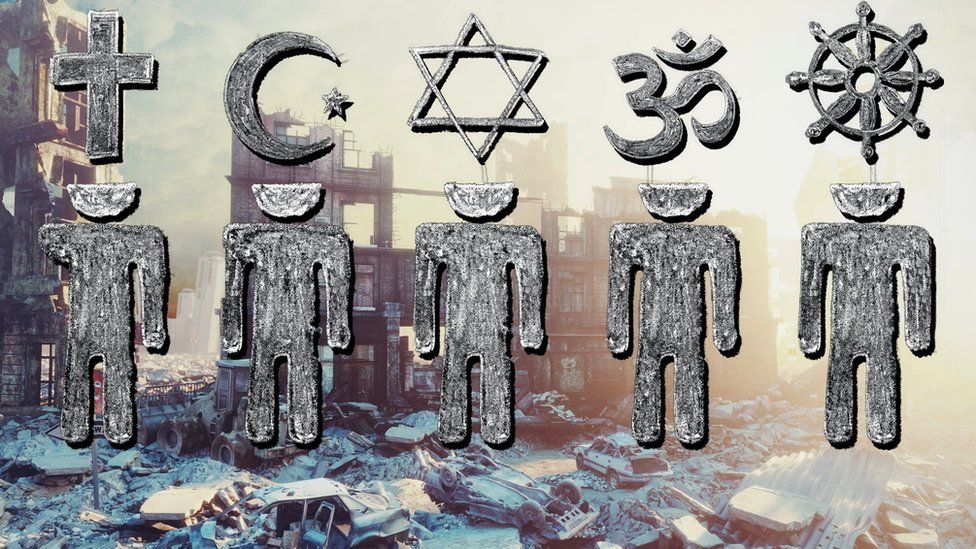 The relationship between Christianity and violence is controversial because in theory Christianity advocates peace, love and compassion while it is perceived as a violent religion.  Peace, compassion and forgiveness for the wrongs of others are key elements of Christian teachings. In any case, Christians have struggled since the days of the church fathers with the question of when the use of force is justified. These debates have led to concepts such as Just War.

Throughout history, certain teachings from the Old Testament, New Testament and Christian theology have been used to justify the use of force against heretics, sinners, external enemies and unbelievers to reinforce the orthodoxy of their faith. Heitman and Hagan identify the Inquisition, the Crusades, religious wars and anti-Semitism "among the most notorious examples of Christian violence". To this list, J. Denny adds "warrior popes, support for capital punishment, physical punishment on the premise of 'the letter with blood enters in', biblical justification of slavery, colonialism in the name of conversion to Christianity, and violence against women". Weaver employs a broader definition of violence, which extends the meaning of the word to "harm or pain", not just physical violence per se. Thus, under this definition, Christian violence includes "forms of systemic violence such as poverty, racism and sexism. Burggraeve and Vervenne describe the Old Testament as a non-violent text and evidence of both a violent society and a violent God. They write "in numerous Old Testament texts the power and glory of the God of Israel is described in the language of violence". They claim that over a thousand passages refer to a Yahweh who acts violently or supports human violence and over a hundred speak of divine desires to kill human beings.

On the basis of these passages, many Christian interpretations argue that the God of Israel is violent (and Judaism would be a violent religion). Reuven Firestone counter-argues that these claims are usually made in the context that Christianity is a religion of peace and the Christian God expresses only love. Some scholars such as Deborah Weissman think that "Judaism as a rule is not pacifist" and that "violence is condoned in the service of self-defence" J. Patout Burns states that, while Judaism condones the use of violence in certain cases, the Jewish tradition clearly states the principle of minimising violence. This principle can be seen in "any Jewish law permits violence to avert evil, mandating the least amount of violence to achieve it". 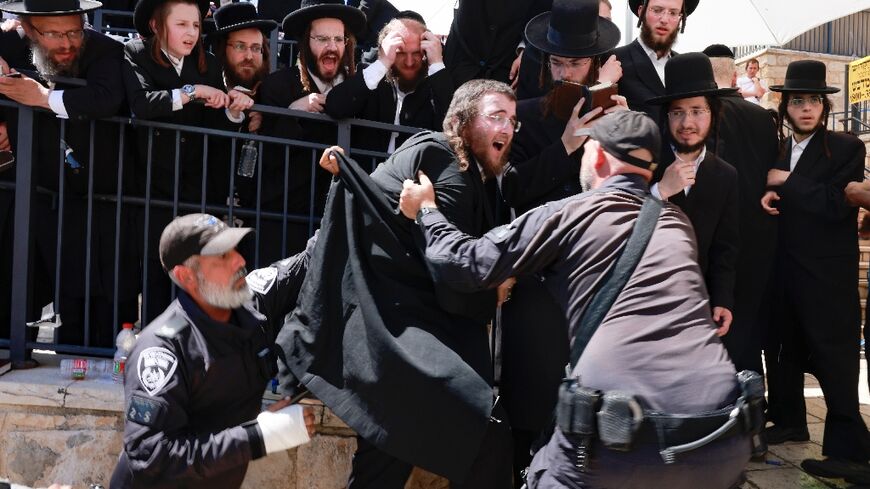 Islam has been associated with violence in a wide variety of contexts, including holy war or jihad against perceived enemies of Islam, violence against women (Taliban), references to violence in the Qur'an, and acts of terrorism motivated or justified by Islam. Muslims, including clerics and leaders, have used and in many cases misrepresented Islamic ideas, texts, themes and concepts to justify violence, both against non-Muslims and between branches of the same religion (see Sectarian Violence). The term "jihad" (revolt, war) is used in the religious context to refer to three types of violence: internal violence to maintain the faith, the struggle to improve Muslim society, and holy war.

On the other hand, in Western society the term 'jihad' is translated as 'holy war', but Islamist scholars emphasise that the two concepts are not synonymous. Muslim writers specifically reject the identity on the basis of the non-militant connotations of the word. There is another word in Arabic that means struggle and does not refer to war.

To combat this religious violence, in my opinion, the most important thing is to be tolerant, so we define religious tolerance as respecting and accepting the existence of other ways of life, beliefs and ideas, as well as not believing in any religion. The opposite concept, religious intolerance, can consist of considering certain beliefs as anomalous, out of place or heretical simply because they are different. Religious tolerance requires that individuals and institutions recognise the plurality and diversity of the world in which we live, as well as the existence of concepts that are important to others, even if they belong to a minority.

The dogmas of a particular cult should be interpreted as being for use within the community that professes them and without involving third parties in the outside world who do not wish to participate in them. In the case of the relationship between people of different religious faiths (or none at all), the moral principle of the so-called golden rule, present in almost every culture, religion or philosophy as a fundamental rule, can be applied: "treat others as you would have them treat you", thus calling not only for living together with tolerance and respect, but also for treating everyone as we would like to be treated equally. 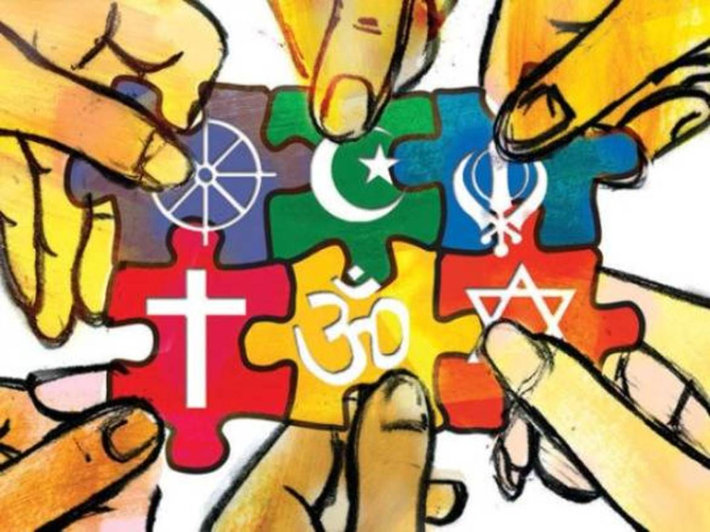