I am sure that at some time you have seen some kind of violence in advertising, sometimes explicitly but mostly implicitly, so that we do not notice it directly. We live in a world that claims to abhor violence but unwittingly perpetrates it or allows it to be perpetrated on others.

Advertising discourse is known to contribute to sexism and the reproduction of gender stereotypes. This article focuses on the symbolic violence that presents women's bodies as sexual objects in advertising texts used by Dolce & Gabbana in the newsletter it sent out, via the web, on a regular basis between 2016 and 2019. The methodology used was primarily qualitative, although some quantitative data were taken into account to better understand the structure of the corpus. Kress and Van Leeuwen's (2006) visual grammar was used to deconstruct the representational, interpersonal and compositional meanings of the texts. The results of the visual analysis show that women's bodies are used as advertising claims, which contribute to the reproduction of various forms of symbolic violence. Such results suggest the need to review the objectification of female bodies in advertising discourse.

What is explicit violence?

That which is self-exposed, which makes no attempt to be concealed, is violence by any standard, for example, violence in stadiums involving smashing, fighting, attacks on private property, disqualifying language, etc. On the other hand, covert or subliminal violence is that which is delivered in less clear ways, for example when the female body is used to promote the sale of cars, or when life models are promoted that lead to the idea that consumption makes us happier, and on the contrary, non-consumption makes us unhappy.

By now you probably still don't know where the violence lies, you can ask yourself these questions:

- Are all beautiful girls looking for a guy with a late model car?

- Does the car matter when it comes to bonding with another person?

- Is a guy who buys a late-model car more likely to be happy than someone who doesn't?

- Does a young man who buys a late-model car necessarily have to change his companion for someone with physical attributes similar to those of the girl in the advertisement?

While clearly these questions may seem ridiculous, the point is that it is likely that whoever chooses that car, in one way or another, is looking to be happier and even if they get the car, happiness is not going to be realised, for more than obvious reasons. 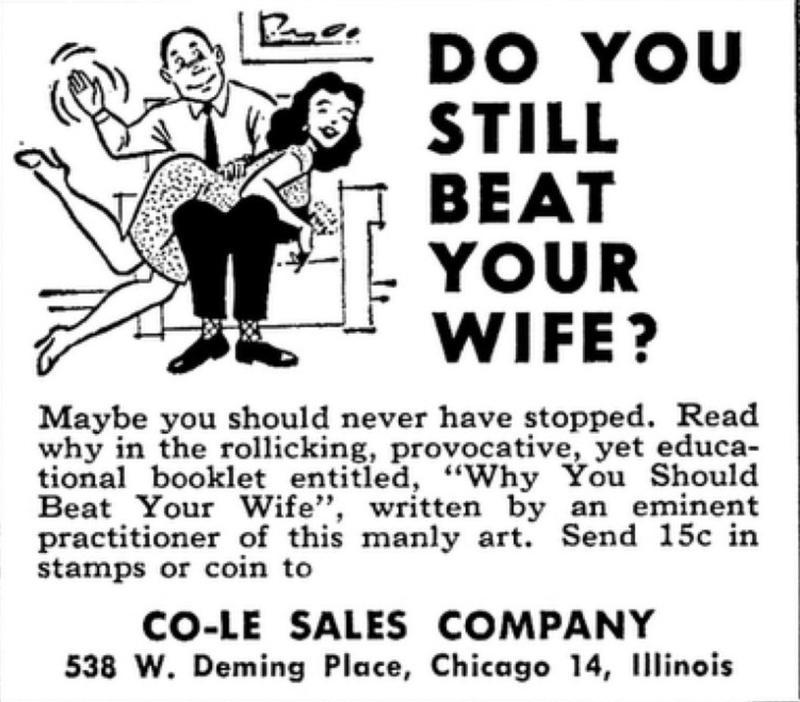 Nowadays this type of advertising has been banned in developed countries by specific laws, fortunately, in many parts of the world, advertisements that use abuse against women are banned.

Many laws protected the superiority of the male over the female by justifying violence to re-educate the wife, to discipline the woman (by locking her in a room), to punish her for disobedience or to take revenge in blood for adultery. 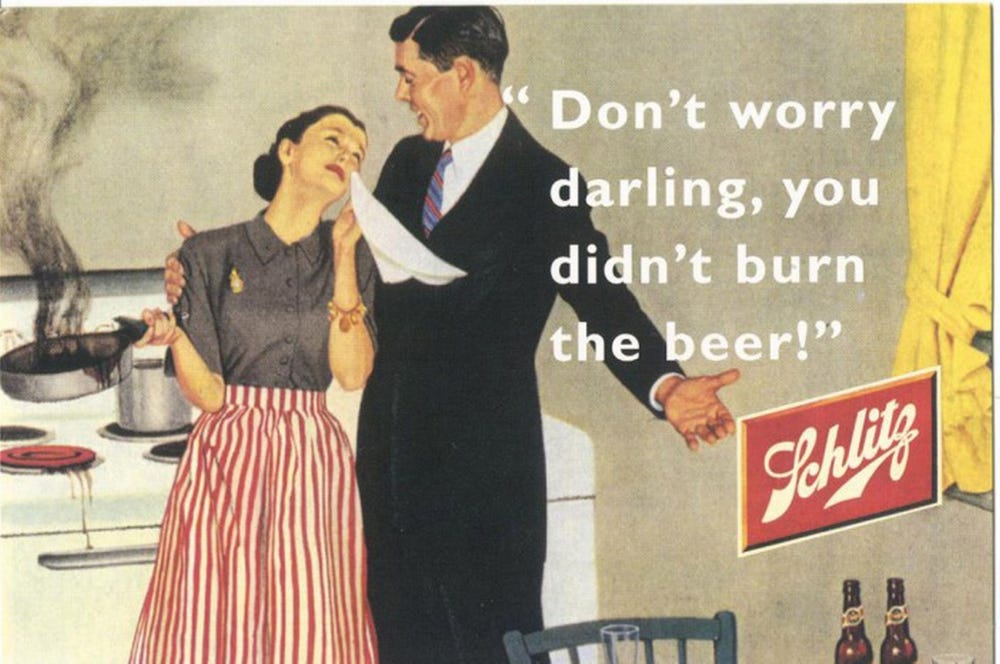 On occasions, women have had to be docile and obedient in order to exercise a strongly masculinised power (Gómez and Patiño, 2002), because they have always been aware of the counterproductive nature of the opposite. But from this strategic docility and obedience, the same obedience cannot be inferred from the advertising mandate studied.

Through the representation of a reality embodied by objects/subjects, a reality is reflected and perpetuated, because language, whether verbal, iconic or audiovisual, refracts reality. In this message and in its language, a reality is being transmitted, given that for Bakhtin (1986) the word is an essential ideological instrument. Hence, reality can be represented as 1) a reflection of existing reality, and 2) a project of future reality, as part of a prophecy that will be fulfilled by being enunciated on the public stage (Merton, 1948).